Being at a customer I ran into a problem, of which I thought that I would fix in a couple of minutes. But, unfortunately, it took me quite a while to see where the problem was coming from.

The customer had several applications that were installed for all users on a Microsoft RDSH server. That was also the default policy for that customer: always all applications for all users to be installed on all RDSH-servers. Then, one day the manager at this customer was complaining they had to many shortcuts in their Start Menu and on their desktops and also license wise they had to find a way for some applications to be more specific who to have some specific licenses. We started from the beginning, creating roles for users within Active Directory based on their department. Let’s say, one for finance, one for sales and so on. All the departments use particular software so after doing a application usage inventory users were added to the right application groups. Also for every application that was used there was an Active Directory group created. The departments created lists with applications they should be able to use and based on that several so called departmental profiles were created. So, every Active directory group for each department did have the applications groups assigned with the application they want to use. So far so good.

GPP’s (Group Policy Preferences) was the technology to be used for creating those shortcuts and applying them based on item-level targeting, meaning in this case that only members of a particular security group for which the application shortcut was created would be shown.

I created a bunch of applications based on the properties of all needed shortcuts and put the right permissions for each shortcut. Easy, right?

I couldn’t figure out why the shortcuts were not applied. Looking at the error message it should be something wrong with the shortcuts.

I tried to rebuild the problem in my own lab environment. One of the shortcuts was VLC Media Player so that should be a good starting point for troubleshooting. Luckily I got the same problem as with the customer. 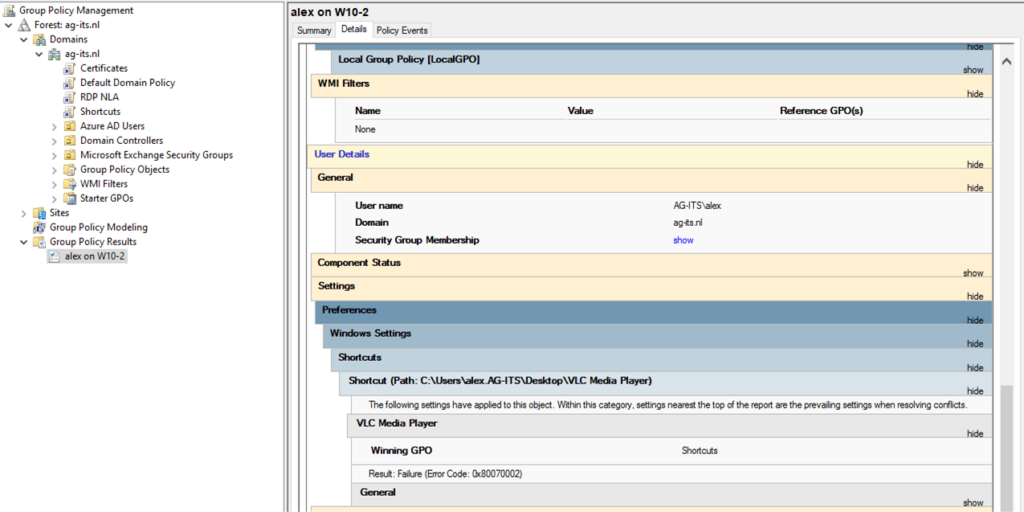 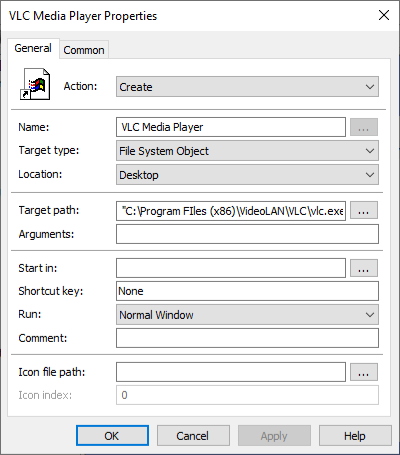 I copied the target path string into my pc where VLC Media Player was installed. 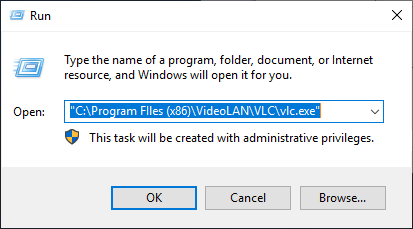 The provided target path did start the application without any problem. So what could be the problem?

Then, suddenly looking at a shortcut that I created before, I saw something that got my intention. There was a shortcut to a location on a network drive that did appear.
I saw that were not any quotes a the beginning and end of the string of the target path. Definitely worth trying.
I decided to remove the qoutes from the target path, saved the shortcut and applied it to a Active Directory group I called VLC Media Player Users.
Next I did a gpupdate /force on the desktop of the test user that I made member of the application group.
During the policy update the shortcut appeared on the users’ desktop. It worked!! After changing all the target paths at the customer to one without any quotes they also appeared there. 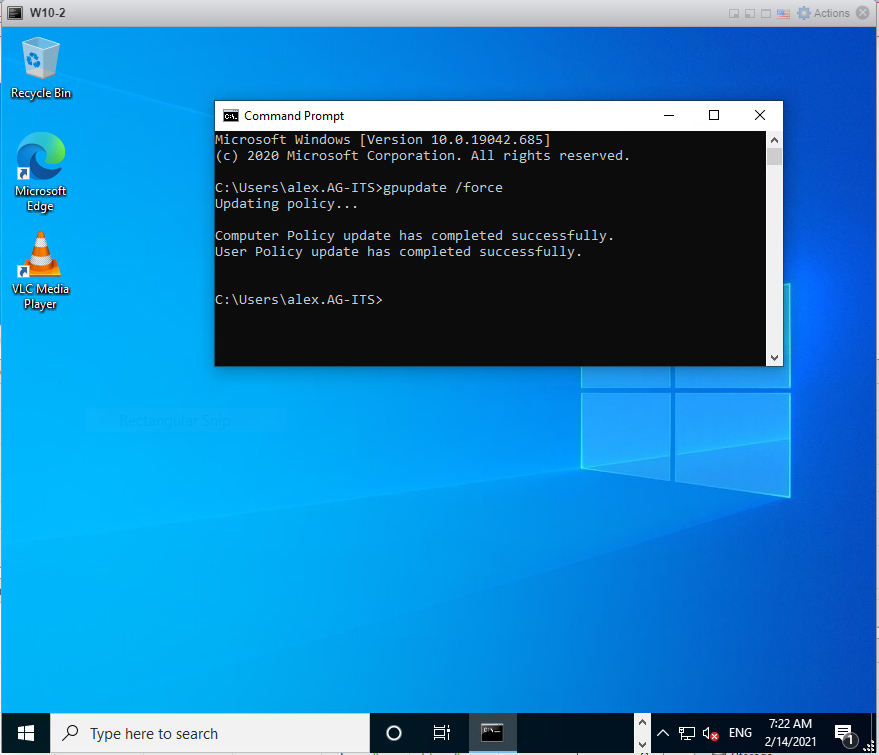 Looking at a gpresult for the particular users showed that shortcuts were all applied successfully to the user.

After testing this in my own lab environment I did the same at the customer’s shortcuts. All problems were solved and the shortcuts now succesfully applied to the users.