The history of Microsoft apps and desktops in the cloud

When I started using Microsoft Azure services back in 2014, I was basically focused on building IaaS servers for customers at that time. One of my customers asked me if it was possible to build an infrastructure to host applications and desktops for their end-users. At that time it was possible from a technical perspective but due to licensing terms it was not legal to do it. Besides that it was pretty expensive to host a complete environment and not performing very well. Also, the infrastructure needed to deliver a VDI or RDS workspace were not available in te cloud, so the complete RD infrastructure should also be built in Azure or in a hybrid scenario with desktops in the cloud and the VDI or RDS components on premises.

In 2014 Microsoft started Azure RemoteApp (ARA), making is possible to provide applications from an underlying Azure RDS-server to a remote desktop client on a client device (Android, Mac, Windows). Unfortunately Microsoft killed Azure Remote App in August 2016 due to several imitating factos of the underlying platform architecture and capabilities.

In 2016 the licensing model of Windows 10 was changed making it possible for service providers to host Windows 10 Enterprise E3/E5 from their own datacenter.

2017 was the year that RDmi (Remote Desktop Modern Infrastructure) was announced at Microsoft Inspire. With RDmi it was possible to run the RDS components (RD connection broker, RD Gateway, RD licensing) as stand-alone web application within a public cloud.

A year later in 2018 on Ignite 2018 was announced that the RDmi project would evolve into the name WVD (Windows Virtual Desktop). WVD would be a native Microsoft Azure service consisting of a complete set up RDS environment. Besides running a server operating system also Windows 10 as a client operating system could be used as well!! What also would be added was an extra feature that was the multi-session Windows 10 operating system. Only available in Azure.

In 2019 the public review of WVD appeared and later that year on September 30th WVD becomes GA, meaning that is available for everyone from the Azure portal. Also the Windows 10 EVD (Windows 10 multi-user session) was officially launched.
To make the WVD even more complete Microsoft added FSlogix for profile and Microsoft 365 cache management delivering the best user experience.

By the end of 2020 a modern way of application delivery was added to WVD. MSIX and AppAttach were added to Azure WVD stack, making the cloud workspace stack complete.
Besides that using WVD server and desktop operating systems can be delivered to end-users, just as back in 2014 through Azure RemoteApp RemoteApps can be provided from a Windows Server a client platform again. Let’s say , new game new changes. 🙂 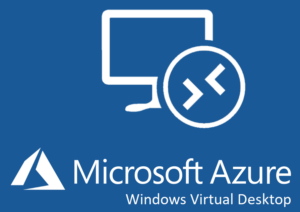